Yesterday was one of the hardest days I've lived through in a long time.  We lost my beloved golden retriever Sebastian.

Those of you who have been reading this blog long enough may remember the problems we had with our two golden retrievers two summers ago.  (I wrote about them here, in case you don't remember or weren't reading then.)   Happily, after an initial difficult adjustment period of a few months, Hunter and Sebastian became good friends.  They happily played and wrestled together every day.

What happened with Sebastian was very sudden.  On Wednesday night, he was his usual self.  When we woke up yesterday morning, he was lethargic and refused his food for the first time in his life.  Luckily, I had stayed home sick with a migraine (which awakened me at 2:20 a.m.), so I was able to take him to the vet promptly.

As Sebastian's condition deteriorated before my eyes--he went from seeming a little sluggish to being unable to get in and out of the car in a couple of hours--visits to two vets finally yielded a diagnosis.  Sebastian had a fast-growing tumor called a hemangiosarcoma in one of the chambers of his heart which had burst and caused a cardiac tamponade.

We were told that the immediate problem of the fluid in the sac around his heart could be treated but that the tumor would continue to grow and that the fluid would eventually come back.  It could happen in hours or days, and there was no way to know for sure how long the procedure would buy him.  There was no treatment which would cure him, though, and get him back to normal.

So we made the difficult decision to let Sebastian go.  MM and I were both with him at the end, and he seemed very peaceful.  Two vets told us that they didn't think he was in pain; he just had a hard time breathing.  So he didn't suffer very much or for very long.

MM and I are both so sad that he's gone.  At home, there are constant reminders of him.  I woke up early this morning to use the bathroom and then couldn't stop crying because Sebastian wasn't there next to my bed or coming into the bathroom to get petting.

Mine is obviously not an unbiased opinion, but I think Sebastian was an exceptional dog.  He was smart, mellow, friendly and fun, all the things a golden retriever should be.  I loved him very much and miss him terribly. 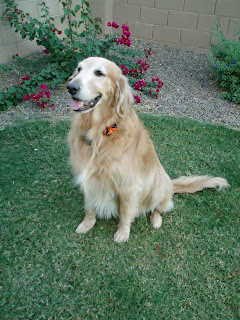 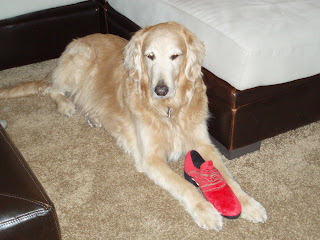 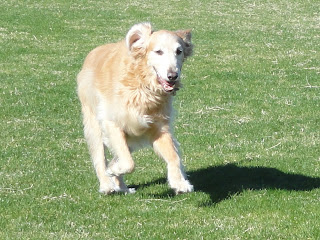 Goodbye, my loving and faithful friend.
Posted by S at 6:50 AM